You probably don’t need to be reminded, but a lot of us are stuck inside at the moment! And in many cases, being housebound means tweaking the creative process somewhat.

Apart from being NUGEN Audio’s preeminent (and only) Solutions Specialist, I’m also an indie rock musician. All this time inside the house means I’m writing a lot more songs than usual, but recording demos has become a little bit more complicated. Normally, even if I’m not in a position to pay for studio time, I can at least access a high-ceilinged room at the rehearsal space and a big box of microphones to use, but right now I’m relegated to the box room in my house. I’m not much of a fan of programmed drums in most contexts, but how feasible is it to make a tiny, heavily dampened kit sound good with an extremely limited setup? Ignoring the fact that I’d normally ask a more talented drummer friend to step in and save the listener from my sloppy playing, here are some ways I’ve used NUGEN plug-ins to improve my drum mix. If you’re in a similar situation, give these a try and let us know how it goes!

Use Stereoizer to widen the stereo image

Where I’ve been recording, space is quite limited, and I don’t have a huge selection of microphones. All I’m using on the drum kit is an Audio Technica AT2020 as a mono overhead, two Sennheiser E604s for the top and bottom snare, and a Shure SM58 on the kick drum. That last mic might seem like an odd choice - especially with a dedicated kick mic on the shelf! - but it has a kind of “blocky” sounding attack which suits this situation well, compensating for the lack of “click” from dampening the drum to a neighbour-friendly volume. The point, though, is that most engineers would usually mix all four of those channels straight down the centre. And drums mixed in mono tend to sound quite thin, in quite a literal sense!

You could try some wacky, White Album-style panning to add width to your mix - and I’m not necessarily discouraging that. But for a more typical sounding drum mix, I’ve been using Stereoizer on the AT2020 in order to create a pseudo-stereo overhead sound. It’s surprising how wide you can push this, although it’s worth noting that only the IID and ITD algorithms will affect mono audio, and “linear width” won’t do anything. 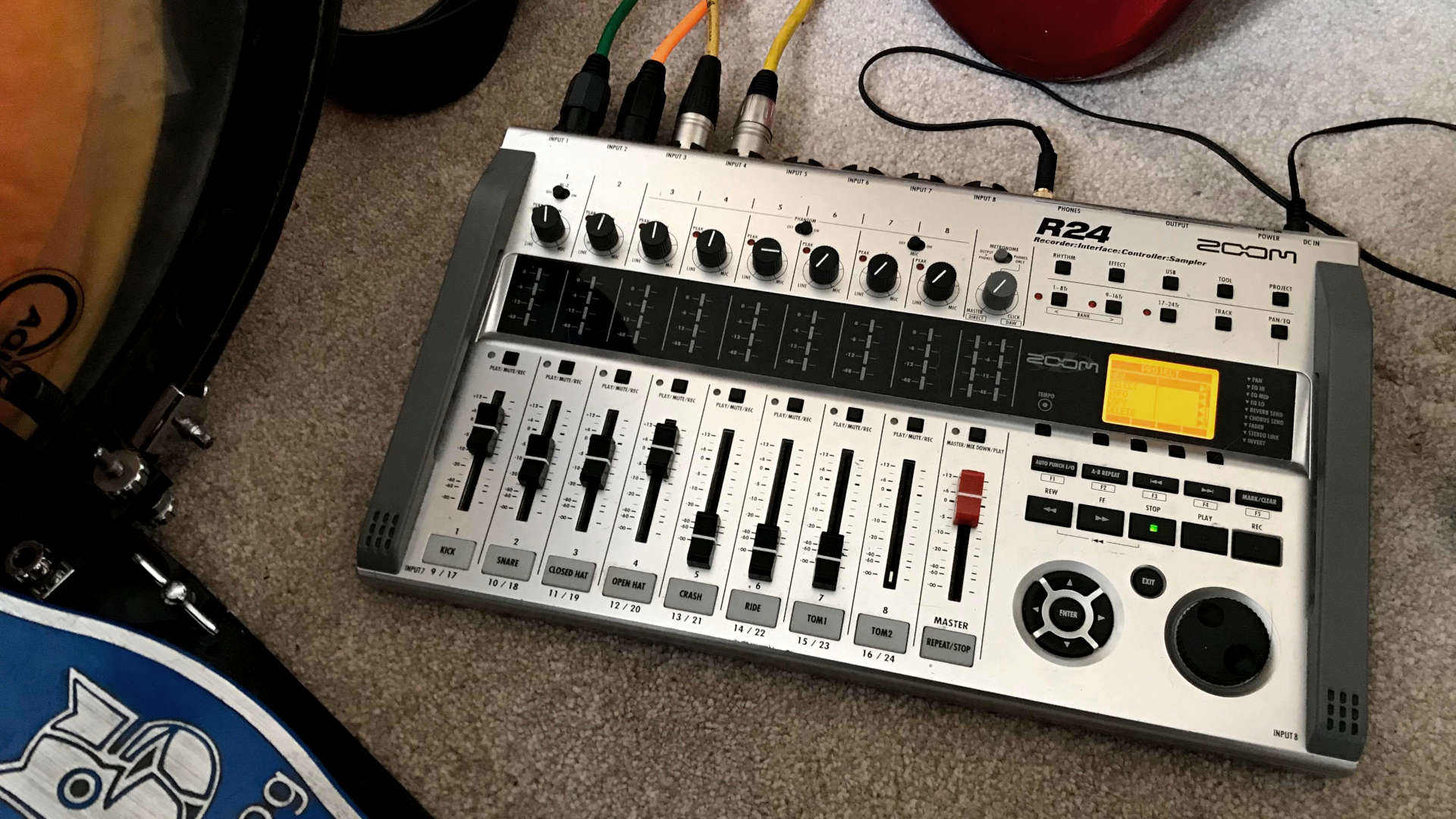 For those unfamiliar, Stereoplacer is a plug-in which works in a similar way to an EQ. But unlike with an EQ, you don’t zone in on a specific frequency band to turn it up or down, rather, you zone in on a frequency band and move it left or right, without impacting the rest of the stereo image. In a normal working situation, this can be useful for fixing your own poor microphone placement if you don’t have the time or budget to go back and re-record, or even if you’re mixing someone else’s recording and you don’t like the placement they have chosen. In a “lo-fi” recording situation like this, you can use Stereoplacer to literally drag individual elements out from the centre. For example you might find the fundamental frequency of your floor tom and push it out to the right, or you might find where your hi hat sizzle sits and move it to the left. This is great for creating a sense of space and movement in your mix, and can be especially effective when combined with Stereoizer.

ISL’s main appeal is that it’s an extremely precise and transparent-sounding limiter, and not something you would generally use as an effect. The lack of an output gain control makes it dependable for streaming or broadcast purposes, but doesn’t really lend itself to being used as a creative limiter. However, you can quite easily take advantage of ISL’s True Peak limiting by pushing the input gain beyond sensible levels.

Recording a heavily dampened kit in a less than perfect room isn’t exactly the recipe for a fat, lively drum sound, but some extreme parallel compression might convince you otherwise. For those unaware, parallel compression is where you send all the elements of your drum recording to a heavily compressed aux track which runs parallel (hence the name) to the main drum bus. It creates a kind of “squishy” sound which glues the whole kit together and is useful for pretty much any mix, particularly in any kind of rock subgenre. Limiting is essentially the most extreme form of compression it’s possible to achieve, and in a lot of cases ISL might be overkill for the parallel drum bus, but with a dampened kit in an untreated room it can do wonders! I would recommend cranking the input gain as far as it will go, and then gradually backing off to suit your own taste. Because ISL is super transparent for streaming and broadcast, you can push it a lot further than other limiters before it begins to sound harsh, even though it wasn’t designed for this type of application.

One drawback of using such extreme parallel compression is that it might make your cymbals so harsh that they dominate the mix. Usually you might compensate for this by turning up the drum close mics, but with a dampened kit this may sound quite dead. You could also try placing an EQ on the parallel bus before ISL, and cutting the frequencies where your cymbals sit. Personally, I actually opted to record the cymbals separately. Not only does this help with my limited drumming skills, it also means I can push the parallel compression as far as I like without encountering any nasty harshness from the cymbals. Additionally, if you aren’t able to use Stereoplacer as described, recording each cymbal separately means you can create width by panning them as you please.