4 ways to improve your track with Stereoizer Elements

Like all stereo width plug-ins, NUGEN Audio’s Stereoizer can be used to add width to a stereo signal. But beyond that, the plug-in can also be used to create stereo audio from a mono source. It does this by utilising IID (Interaural Intensity Difference) and ITD (Interaural Time Difference), which are both based on how the human ear perceives width, as well as linear width, which is what most stereo enhancement tools use to add width.

Recently we released Stereoizer Elements, a streamlined version of Stereoizer at a more budget-friendly price. This version features the same powerful algorithms under the hood, but with a simplified user interface. So instead of three separate controls for IID, ITD and linear width, Stereoizer has one slider which adds width in all three ways.

Here are 4 ways to improve your mix with Stereoizer Elements.

Add dynamics and presence to a vocal

In a recent video on our YouTube channel, Tom Griffin used Stereoizer Elements on the backing vocals in a pop rock track. In this example, Tom increased the stereo width during the final chorus of the song in order to give the impression of greater power and depth. But the same thing could be applied and automated at any point in any song, even to a lead vocal rather than backing vocals.

This is just one more tool in your arsenal for adding excitement and dynamics to a mix. In very broad terms, a wider stereo spread means more differences between what you hear in the left channel and what you hear in the right channel, which can mean more excitement for the listener. You could follow the dynamics of the arrangement, increasing width during louder or more bombastic sections, and decreasing width during quieter or more subtle passages. Alternatively, you could use a wider vocal to fill out some of the empty space during a sparse section.

Last year I wrote a blog about recording a drum kit with a restricted setup. One suggestion I made was using Stereoizer to add width to a mono drum overhead, in order to free up an additional microphone channel. And the same effect can be achieved with Stereoizer Elements. You probably won’t achieve the same amount of spatial detail as a real stereo recording, but this is still a great way to add more depth and realism to a recording.

The same technique could be applied to any mono instrument recording. You might add atmosphere and intrigue to an analog synthesizer recorded without a stereo DI available, you might create a more symmetrical mix during a demo session for a band with only one guitarist and not enough time to double track, or you might use it to compensate for lost stereo information when mixing archive material. Adding width to one instrument or element can also increase its presence without necessarily having to add volume or brightness. 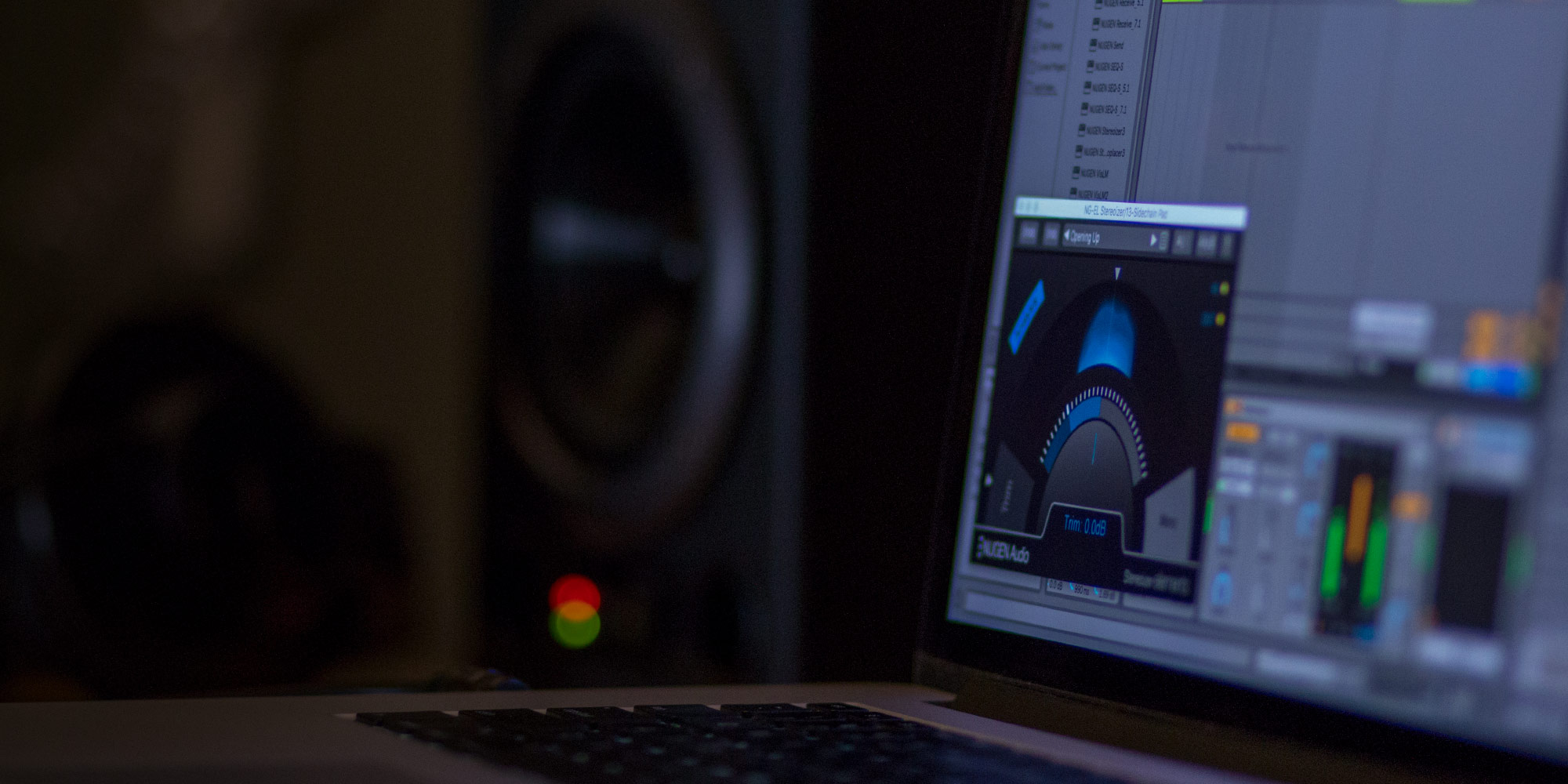 Rather than inserting Stereoizer Elements directly onto an instrument track, a more subtle way of using the plug-in is to place it on an FX send. This might seem obvious, but it’s easy to forget that when sending audio to a reverb or delay plug-in via a send, you can further process that reverb or delay signal with other plug-ins in the same chain. That means the wet signal can be compressed or EQ’d separate from the dry signal, or even have stereo width added.

Adding stereo width to a delay or reverb signal is a great way to add depth without increasing the decay time. This technique also creates more separation between the dry and wet signals, because the wet signal now sits in a different part of the stereo field.

If you want an entire song to feel “bigger” then Stereoizer Elements can even be added to the mix bus or master bus. The IID and ITD algorithms mean that even a subtle increase in width can add a huge amount of perceived space and depth. Sending your whole mix through Stereoizer Elements at once can also help to “glue” everything together.

A wider mix might seem to “pop” out of the speakers more than a narrow mix, similar to how a louder mix might be more attention-grabbing. Although as with excessive loudness, an excessively wide mix can come with its own problems! With that in mind, both Stereoizer and Stereoizer Elements have been designed with superb mono compatibility.

I hope this blog can help you to improve your mixes. If you’d like to try Stereoizer Elements for yourself, you can download a free trial from the product page.