A slight change of pace for this week’s blog. Instead of another list of 3, I’d like to discuss something I’m regularly asked about at trade shows and conventions. What is the difference between loudness and True Peak, and how do they relate to each other? Here is a guide, for beginners.

Working in audio for post or broadcast, there are many situations where a good understanding of loudness and True Peak is required. Standards and specifications are less strict for music production, but it still makes sense to keep these measurements in mind.

If you’d like to try putting this blog into practice, a free trial of the Loudness Toolkit or MasterCheck would be a good place to start. And if you have any questions, please feel free to get in touch.

The ITU BS. 1770 recommendation is the international standard for measuring loudness, and is used as a basis for the ATSC A/85 used for television in the USA, the EBU R-128 which is used in most of Europe, and various other loudness specifications. BS. 1770 takes into account things like the acoustic effects of the human head, so different frequency ranges are weighted differently. The latest ITU revision is BS. 1770-4, but earlier revisions are still used in some circumstances - for example, parts of Netflix’s loudness specification refer to BS. 1770-1.

The ATSC A/85 specifies an integrated loudness measurement of -24 LKFS, and the EBU R-128 specifies -23 LUFS. Programmes are generally expected to be mixed to these requirements prior to submission. On the other hand, Spotify, Apple Music and other similar streaming services also have targets for loudness (-14 and -16 respectively, for those mentioned), but the audio is normalised after submission. Essentially this means you can submit audio which is as loud or as quiet as you like, as long as you keep in mind that loudness normalisation and the encoding process will almost certainly affect how it sounds! 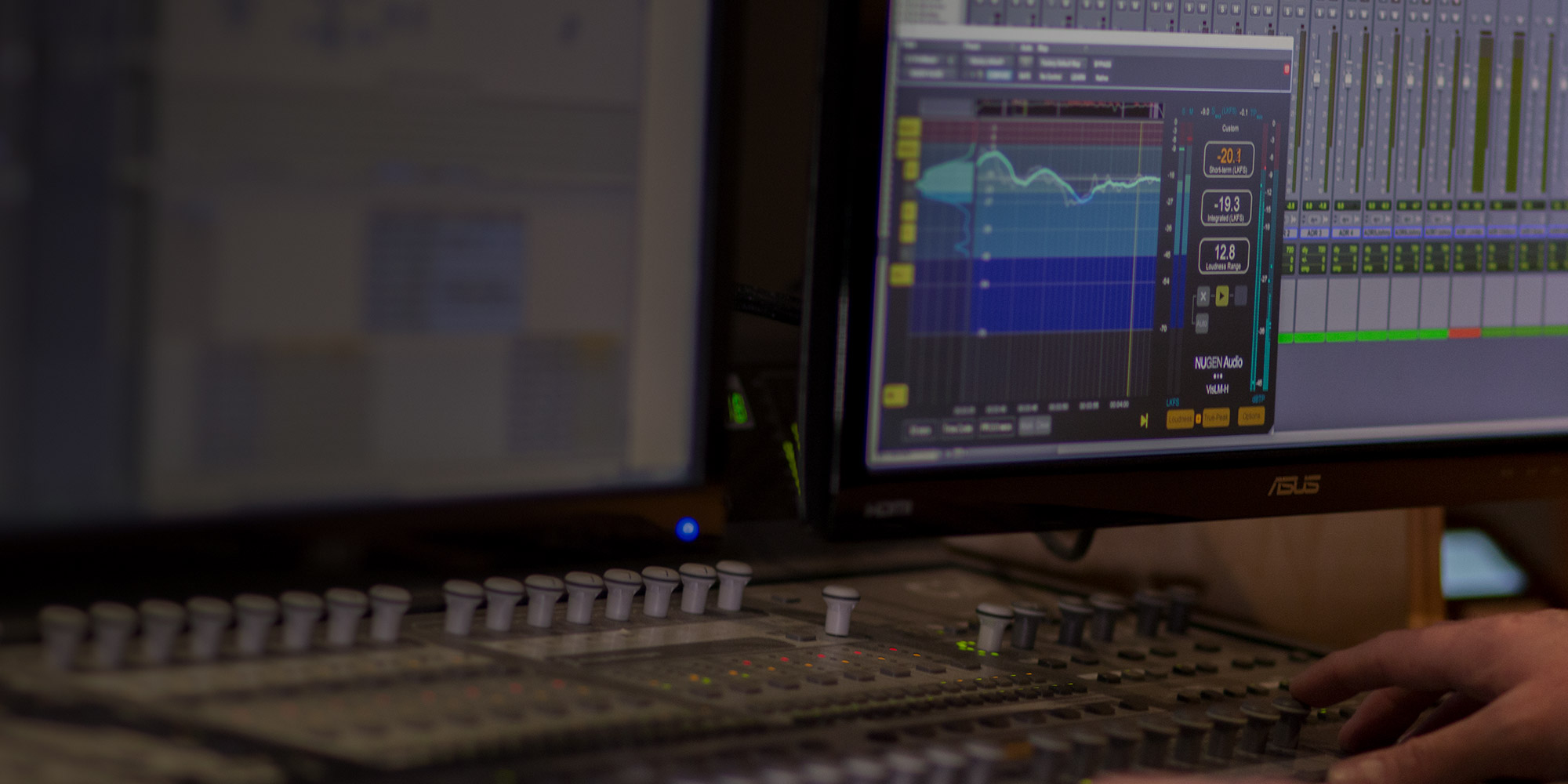 What is True Peak?

It seems safe to assume that anyone who works in audio, whether as a professional or a hobbyist, will have an understanding of what we mean by “peak” levels. In digital audio, 0.0 dB is the highest possible sample peak, and an audio signal peaking higher than that will “clip” and distort. Analog audio is a little more complicated than that, but the same principles apply. You can use a limiter to prevent your audio from peaking above a certain level, in order to avoid clipping and distortion.

Many meters and limiters only measure or limit sample peak, and not True Peak. Digital audio exists on your hard drive as either a 16- or 24-bit (perhaps 32, if you’re lucky) representation of a sound, but when you play that audio, what you are hearing is an analog reconstruction of that sound. Depending on the signal chain, codecs and so on, the analog reconstruction may well peak beyond the digital waveform. These types of peaks are called inter-sample peaks. Inter-sample peaks won’t be detected by a sample peak meter or limiter, and in extreme cases they can peak up to 6dB higher.

A True Peak meter can identify those inter-sample peaks, and a True Peak limiter can pre-empt them, significantly reducing the risk of distortion. For that reason, loudness recommendations often specify a maximum True Peak level, rather than simply a maximum peak level. This is a strict requirement in many post and broadcast scenarios, but it’s also worth keeping in mind for music production if you want to avoid signal distortion further downstream. In order to differentiate, a True Peak value is measured using the unit dBTP instead of dB.

How do they relate?

The best explanation for this is that True Peak is an absolute ceiling, whereas integrated loudness is an average measurement of the entire song or programme. If your True Peak level goes above the target value even once, at literally any point, then the maximum True Peak for your entire project will be above spec. But you could have several sections which, if measured separately, are “louder” than the target value, without the overall value necessarily going above spec.

Many loudness recommendations/specifications will include values for both True Peak and loudness, which probably explains some of the confusion regarding whether one depends on the other. But they do relate in other ways, too. A high True Peak maximum and a low integrated loudness is generally a pretty good indication that your audio is dynamic. Conversely, a low True Peak maximum and a high integrated loudness generally implies that your audio isn’t very dynamic.